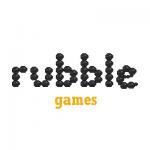 Problem with local storage save

By RubbleGames, August 5, 2017 in Coding and Game Design