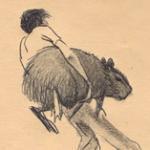 solved Life Cycle of an AssetContainer

By SpaceToast, November 2, 2018 in Questions & Answers