Recently our team has created two mini-games using Phaser.io and we find it pretty useful. We at MightyFingers decided to help fellow game developers and created editor on top of it and called it "Mig

Here's a suggestion for the editor: in the video you spend a lot of time adjusting values because you can't determine the frame size from a sprite sheet. What you could add is the ability to parse the 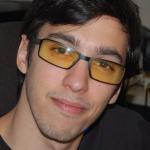 I vote for github integration!