Multiple Sequences Sprite constructor that might be useful to you 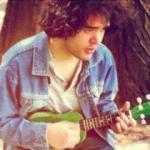