No smoothing on scaled-down sprites 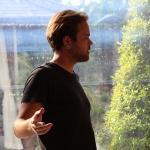