Cross domain error only on iOS and desktop Safari, but works fine on all other mobile and desktop browsers 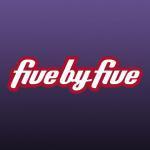