Problem with Phaser and TypeScript 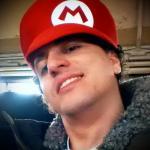