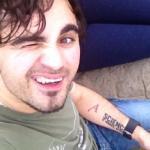 I've spent the last week or so putting together a fairly comprehensive plug-in for Phaser in the form of an isometric (axonometric and dimetric to be precise) renderer for Phaser. Not wanting to stop

The first examples are online: http://rotates.org/phaser/iso/examples/   View the source to see the commented code behind each example. If anyone has any suggestions for simple examples they want to s

Very nice stuff! I've taken a look at as3isolib's sorting method, as well as a few others - performance is always the biggest concern with HTML5 engines at the moment, so I'm exploring all possibiliti