Camera follows a character ever cut by a wall? 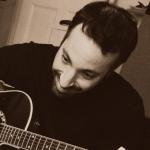 Hi Guys, did a little personal debugging :-) the problem is in the Ray.prototype.intersectsBoxMinMax() function (Class Ray in Typescript). Found out that when one of the direction's value (x,y or z)

Here you go  http://playground.babylonjs.com/#VQBG2#7 You can even zoom in after being limited. The last radius where no wall was detected is the radius to which the camera will return after

Wow, that was a long day. Ok, a few corrections, new findings etc' etc' : The only thing missing in the code is the world/coordinates conversion of the submesh vectors. The rest was simply a