Does PIXI work with Vue.js ? 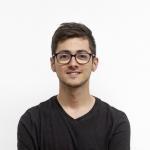