Enemies IA that attack you if you are x pixels closer to them. [question] 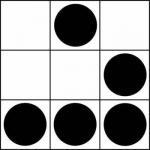