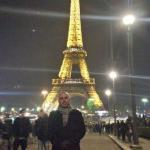 Sorry, kind of getting bored with this, so this may be my last post, but a few things to try ... How does disabling per-block tinting affect performance? What about trying to use a canvas size that

Good morning everyone (in my country at least). i will be working  today in all issues and recommendations that you offer me and i will post results thank you!

I am not sure if anyone has suggested this but I was having a huge performance hit on mobile when moving Tinted sprites. Simple fix and it really helped.