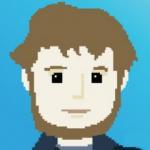 Last update of this information was 13 August 2014.   Note: As of this writing, CocoonJS (2.0.*) comes in a total of three modes.   [system] WebView creates an instance of the default browser for

Good news, everyone: I got audio to work! (Within the CocoonJS Launcher. Will check compiled app and reconfirm. EDIT: Works!).   Thanks to an idea from @Haden (thanks again for that), I found out th

What an awesome post - thank you And just so you know I've just made all of the above changes into the 1.2 core version.