I built this website that was projected on to a transparent touchscreen for an exhibition at Museum of Science and Technology in Stockholm, Sweden. It might be hard to see in the video but visitors ar 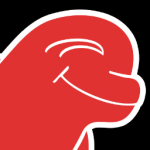 Yes i made https://skyfight.io and i had submitted it to your pixi gallery a while ago, but it appears to have been ignored, which i don't understand as its a game that really shows what can be done w

Hi, I'm web comic creator at Korea. I'm testing to make motion comic with pixi.js and spine2d and jquery.etc. this page is my tests.    -only anmation cuts. http://labica.syno